Tech stocks have not had the easiest start to 2022. With the background of inflation, rate hikes and rising yields, it may prove to be a more cautious year than the froth of 2021. While Tesla is not exactly pure tech, it does straddle the growth and tech sectors, both of which have started 2022 cautiously. The Fed funds futures are now pricing in a near 90% certainty of a rate hike in March. This was running at 50% at Christmas. Goldman is now penciling in four rate hikes for 2022, meaning every Fed meeting takes on more significance this year.

Now that we have finally gotten the question of “will he/won’t he sell more stock” out of the way, it is back to relative normality for this one. Morgan Stanley certainly thinks so, as it raised its price target for Tesla to $1,300 on Monday afternoon. Also out on Monday was news of Tesla signing a deal with Talon Metals (TLO) for a tidy chunk of nickel. The deal is worth about $1.5 billion at current metal prices and adds to deals Tesla has put in place with the likes of BHP last year.

“This agreement is the start of an innovative partnership between Tesla and Talon for the responsible production of battery materials directly from the mine to the battery cathode.” said Henri van Rooyen, CEO of Talon.

The fine start to the year was quickly subsumed by a wave of investor rotation from tech and high growth to value. TSLA shares suffered four sharp loss days in a row after the initial surge on the first trading day of 2022. The medium-term trend is still lower with a lower high from the January 3 move failing to break the all-time high. However, the next confirmation would be taking out the low at $886. While Monday’s recovery was strong intraday, it still stopped short of the 9 and 21-day moving averages. Look to these for signs the short-term trend is turning. Our short-tem pivot, therefore, is $1,080. The Relative Strength Index (RSI) is hovering around the neutral 50 level, and the Moving Average Convergence Divergence (MACD) is looking at a likely bearish crossover. 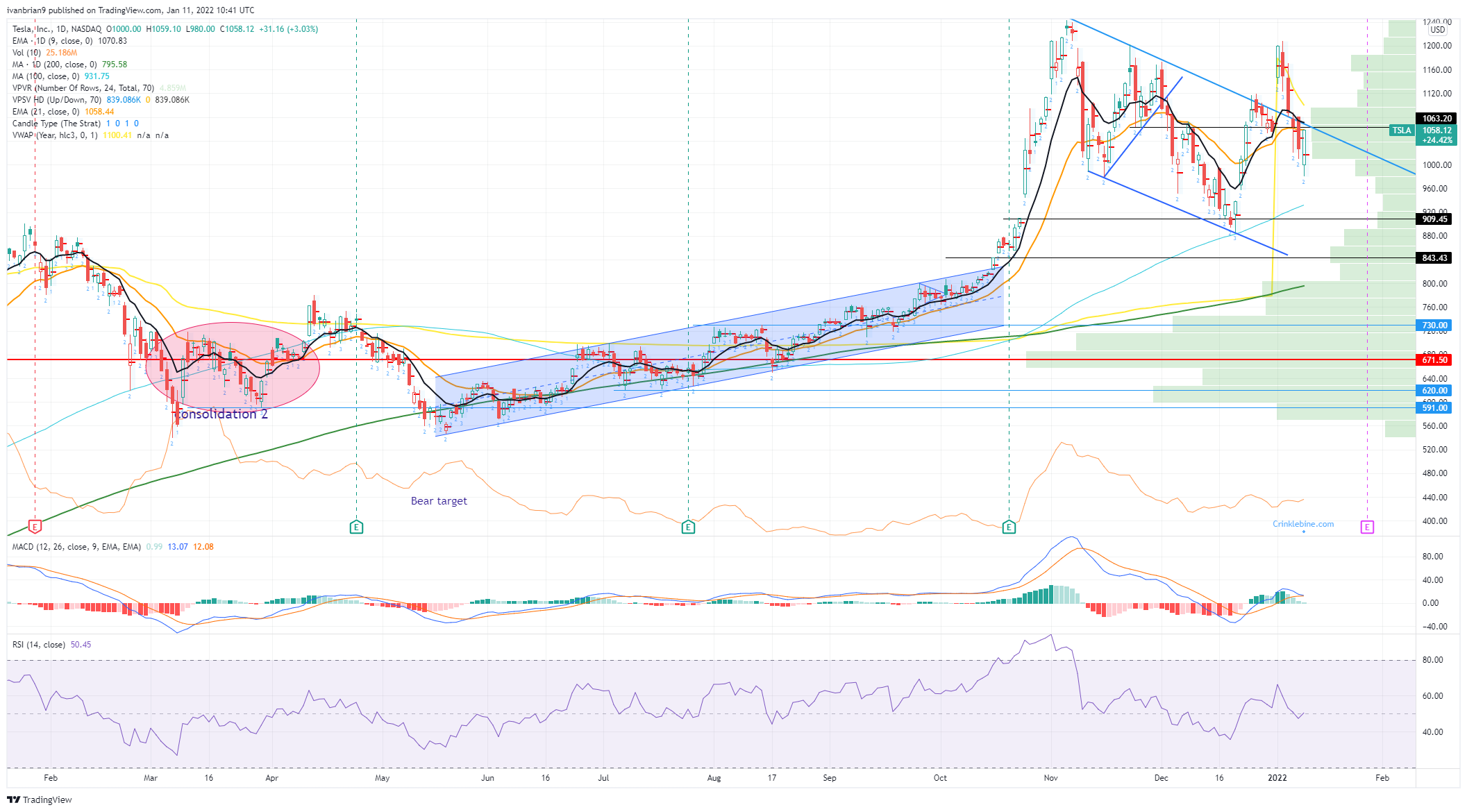