Tesla shares struggled on Thursday and are hobbling to the year-end finish line. The shares had caught a recent boost as it appears Elon Musk is done selling the stock but this rally has stalled at a key trendline as shown in our chart below. Momentum is needed and with volumes declining it is hard to charge this one up, for now.

This morning China’s market regulators says Tesla is to recall 19,697 Model S vehicles, 35,836 imported Model 3’s and 144,208 Chinese-made Model 3 vehicles from China. This is part of a wide-scale recall reported yesterday with the US National Highway Traffic Safety Administration (NHTSA) finding problems with the rearview camera which can be damaged when the trunk is shut. According to Reuters Tesla is to recall a total of 475,000 Model 3 and Model S cars as a result. Reuters reports that the years affected are from 2014 to 2021 and that the recall amount is nearly equivalent to last year’s delivery numbers.

Thursdays move again failed at the trendline resistance and Tesla retraced back to the $1063 support line. This is the short-term pivot now in our view and is likely to be broken today as the recall story gains more traction, the 9-day moving average $1044 is the next support and once below there it really is plain sailing until $910. The lower end of the trend line is at $843 which fills the gap from October 15 to 18. Markets love to fill gaps. 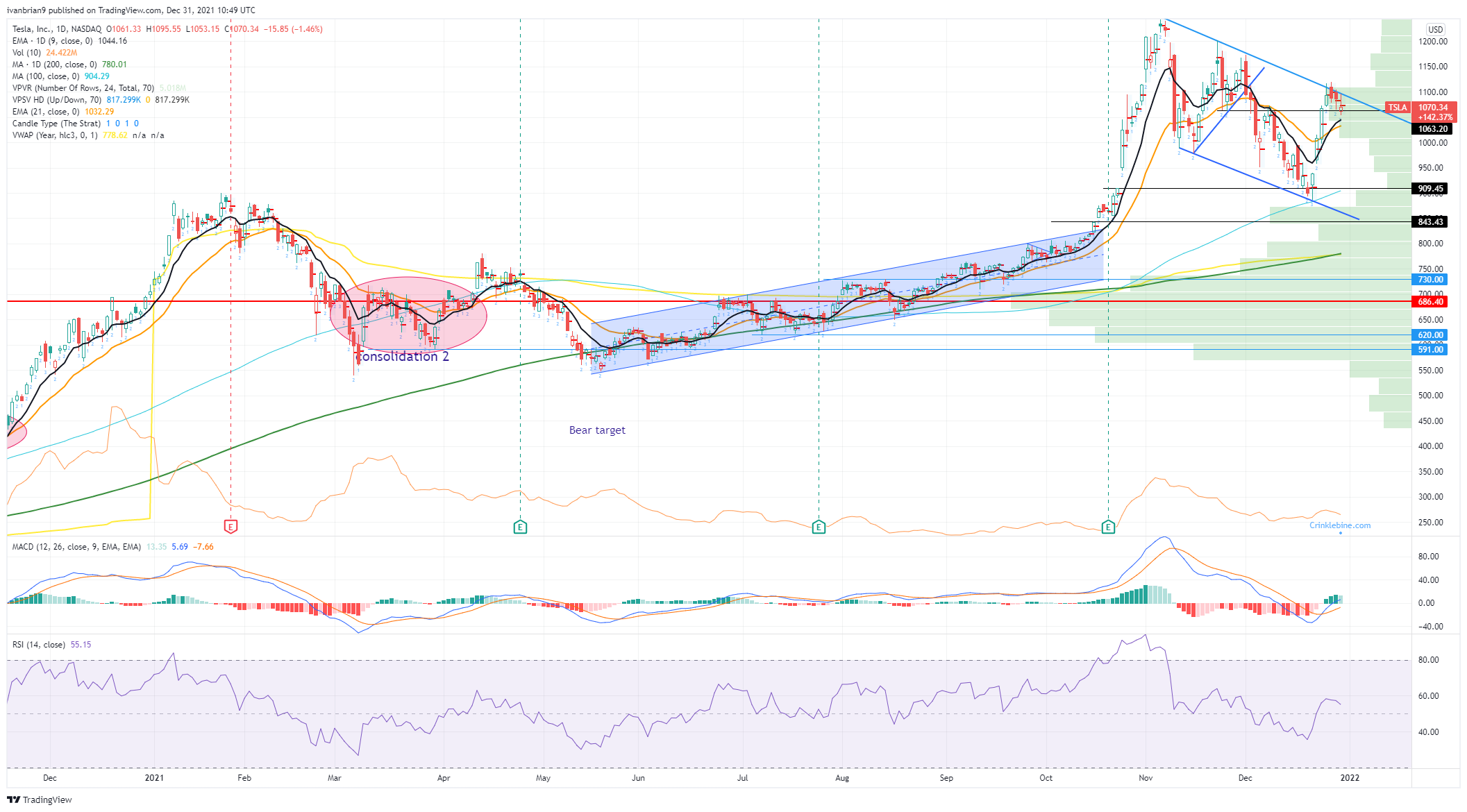