Update: TSLA shares are down 3.47% heading into the close, trading at $1,105 per share. US indexes changed course ahead of the close, trimming intraday gains and turning red after a solid start to the day. There was no particular catalyst behind the late decline, although investors remain cautious as they finish digesting the latest pandemic develops and comments from US Federal Reserve chief Powell, who called for speeding up tapering as soon as this month. At the time being, the Nasdaq Composite is down 198 points or 1.28%. 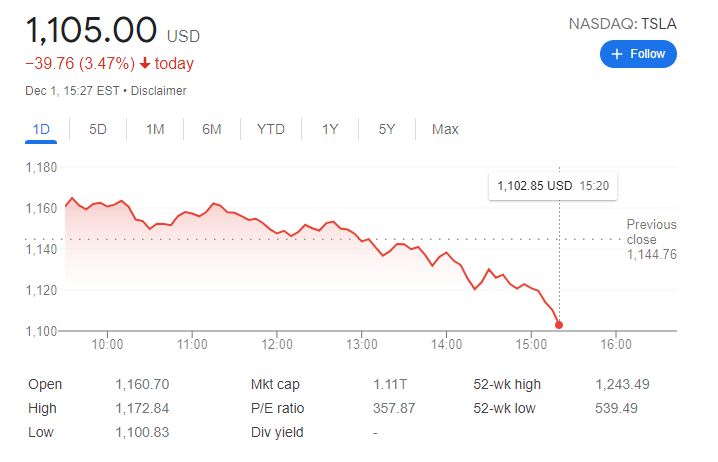 Tesla (TSLA) stock can do no wrong in 2021, and it avoided another market meltdown on Tuesday. While panic ensued following Powell’s remarks about the taper and inflation, TSLA held firmly in the green. Equity indices finished nearly 2% lower on Tuesday, but Tesla shares closed at $1,144.76 for a gain of 0.7%. This was another strong outperformance for a stock that is up 62% year to date.

Our chart above shows the strong correlation between Tesla and Lucid with both stocks putting in a stellar second half for 2021.

Elon Musk is nothing if not entertaining, and on a slow news day for Tesla he livened things up by taking a pop on Twitter toward Apple.

Don’t waste your money on that silly Apple Cloth, buy our whistle instead!

The Apple cloth he is referring to is a polishing cloth available from Apple for $19. Tesla recently launched a Cyberwhistle for what reason? Who knows, but it is currently sold out. At $50 for a whistle, it is not exactly cheap. It seems people just love a Tesla product. Apple was no slouch either on Tuesday as the stock set all-time highs.

The triangle formation still holds and a breakout is awaited. A triangle pattern is usually a continuation pattern, and Wednesday could provide the catalyst to break higher. The stock has consolidated well despite some strong headwinds: notably, Elon Musk selling a Cybertruck load of stock, and Tesla not performing well in a recent reliability test. It did however score highly on customer satisfaction, and investor satisfaction is also high given the strong performance. We expect more all-time highs this week even with the surrounding Omicron volatility. Our view will change if Tesla cracked below key support at $1,063. 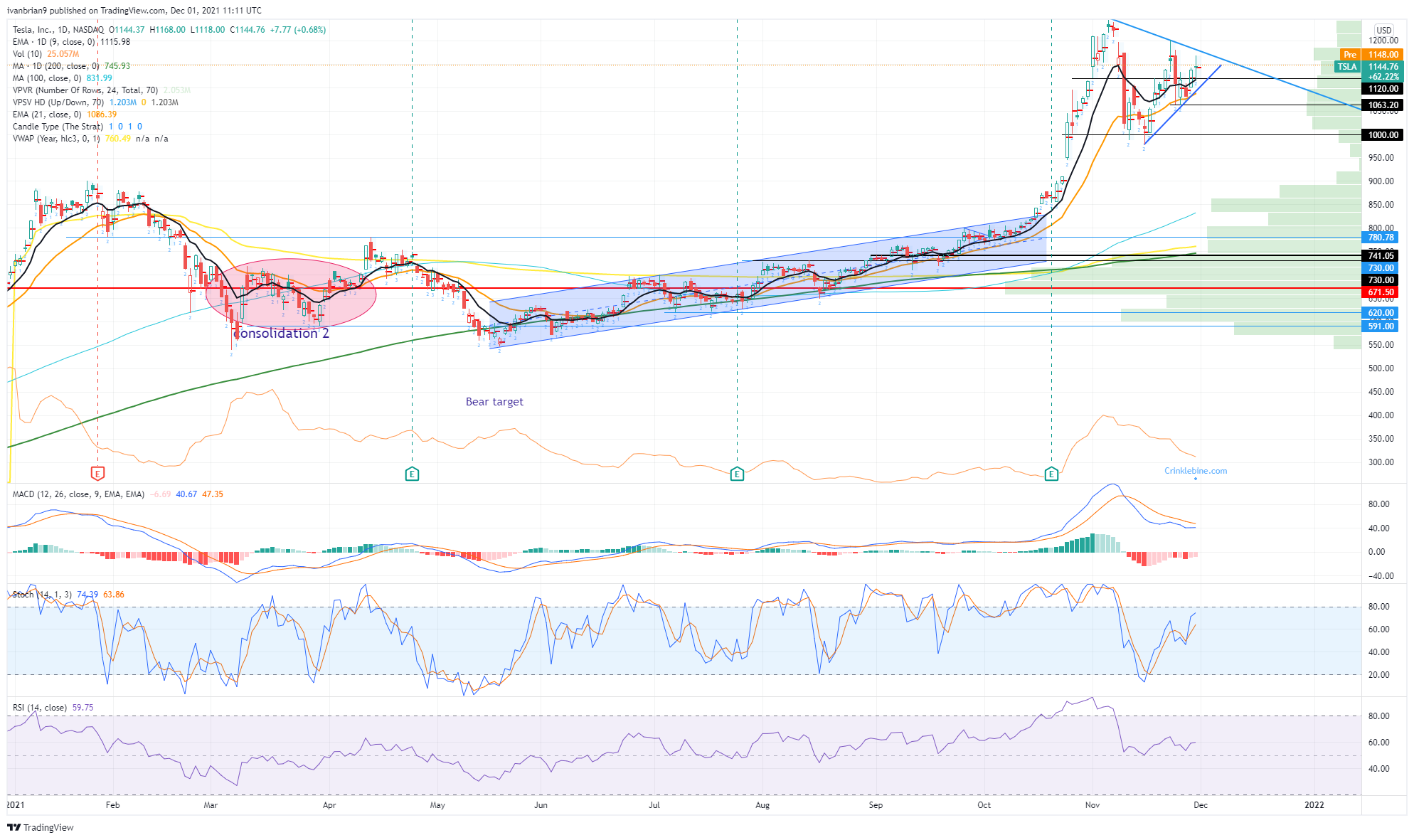