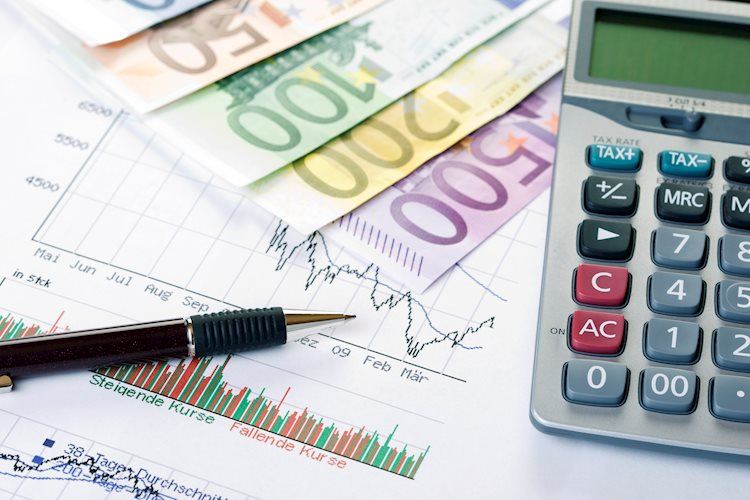 US bond yields saw a modest drop in wake of the latest batch of US data, which included the release of the September JOLTs Job Openings report and the preliminary November University of Michigan Consumer Sentiment survey. The latter survey showed consumer sentiment at its weakest since 2011, which likely weighed on yields, though the data also supported the narrative that inflation won’t be transitory.

Short-end yields had been a little higher earlier in the session, with the 2-year at one point above 0.54%. Some profit-taking on bond short-positions from earlier in the week, when bond markets sold off hard in wake of a much hotter than expected US Consumer Price Inflation report, is likely driving the drop minor pullback in short-end yields.

The headline University of Michigan Consumer Sentiment index fell to 66.8 in November, well below forecasts for a slight rise to 72.4 from 71.7. As noted, that marked its weakest reading since 2011. According to Richard Curtin, Surveys of Consumers chief economist, sentiment was hit by “an escalating inflation rate and the growing belief among consumers that no effective policies have yet been developed to reduce the damage from surging inflation”. Curtin added that “one-in-four consumers cited inflationary reductions in their living standards in November”. With consumers not hopeful about the prospect for near-term improvement in the inflation outlook, the expectations index saw a sharp drop to 62.8 (expected 70.0, previous 67.9), while the assessment of current conditions index fell to 73.2 (expected 80, previous 77.7), multi-year lows for both as well. 1-year inflation expectations rose slightly to 4.9% from 4.8% in October, while the 5-year expectation was steady at 2.9%.

At the same time as the Consumer Sentiment survey, the latest US JOLTs Job Openings report was also released for September. A smaller than expected drop in job openings was witness on the month, with openings coming in at 10.438M versus forecasts for a drop to 10.3M. The number of openings in August was revised higher to 10.629M. That meant that there was a record 2.8M more job openings than unemployed persons in the US economy in September. The quit rate also reached a record high at 3.0%, up from 2.9% the month prior. A higher quit rate indicates that employees are more confident in their ability to find a new, likely better paid job, a good indicator that the labour market is healthy.

Pressure mounts on Fed to react to inflation

With inflation now weighing more on consumer sentiment than the emergence of the Covid-19 pandemic did back at the start of 2020, pressure is mounting on the Fed to do something about it. Meanwhile, the fact that the labour market is red hot, as indicated by the recent official jobs report for October and Friday’s JOLTs report for September, the idea that the current spike in inflation above the Fed’s 2.0% target is merely transitory seems increasingly unbelievable.

Coming up, Fed Board of Governor member and NY Fed President John Williams will have chance to react to the recent run of highly inflationary data releases. Any hint towards a hawkish shift in Fed policy would likely put upwards pressure on bond yields, particularly the short-end.