The USD/CHF stages a comeback after hitting weekly lows around 0.9577 earlier in the day and is about to erase Thursday’s losses as the USD/CHF aims towards the 100-DMA, following hawkish remarks by the US Federal Reserve Chief, Jerome Powell. The USD/CHF is trading at 0.9659, up by almost 0.20%.

Consolidation in the daily chart will keep the USD/CHF trading within the 0.9600-0.9690 range, as shown by this week’s price action. Worth noting that the support/resistance levels are the 100 and 50-day EMAs, each at 0.9657 and 0.9614, respectively. Therefore, unless the exchange rate decisively breaks above/below the range, the USD/CHF might remain subdued.

Short term, the USD/CHF 4-hour scale depicts the formation of a symmetrical triangle on an uptrend, which was “false” broken to the downside, on the remarks of Fed’s Powell, though it closed within the top-bottom of the trendlines. Additionally, the USD/CHF bias is neutral-to-upwards biased, confirmed by the moving averages residing below the spot price, while the Relative Strength Index (RSI) turned the coroner and began to aim higher in positive territory. 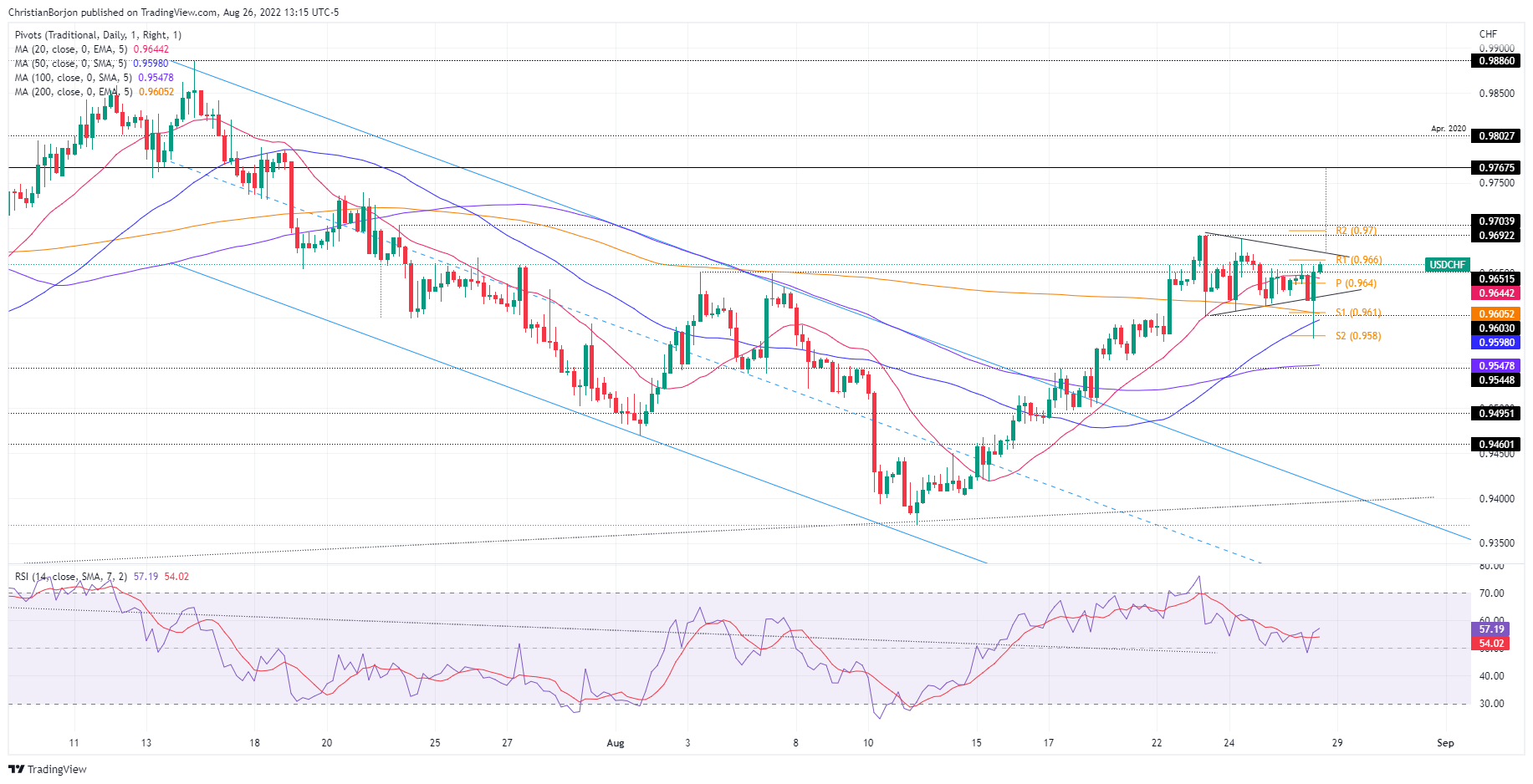