The USD/CHF marginally advances on Tuesday after hitting a daily high nearby the 0.9700 figure, but weaker than estimated US data weighed on the greenback. Nevertheless, the USD/CHF keeps trading above its opening price, at 0.9646, at the time of writing.

The USD/CHF from a daily chart perspective is neutral-biased. During the day, the USD/CHF tested the July 22 high at 0.9704, but sellers stepped in, sending the price dipping below the 100-day EMA. If buyers would like to remain in charge, they would need a break above the 0.9700 figure, which would pave the way for parity’s retest.

Zooming to a 4-hour time frame, the USD/CHF illustrates the pair as upward biased, as the major crossed above the 200-EMA  around 0.9618. However, due to broad US dollar strength since the middle of the last week, the Relative Strength Index (RSI) entered overbought conditions, spurring a drop from around weekly highs towards the daily pivot point at 0.9623.

Once the RSI exited overbought conditions, it rebounded around the 60 reading. In the last 10 days, the RSI touched the previously mentioned area five times, which equals the USD/CHF dips. That said, RSI begins to aim higher, meaning that the USD/CHF uptrend is about to resume. 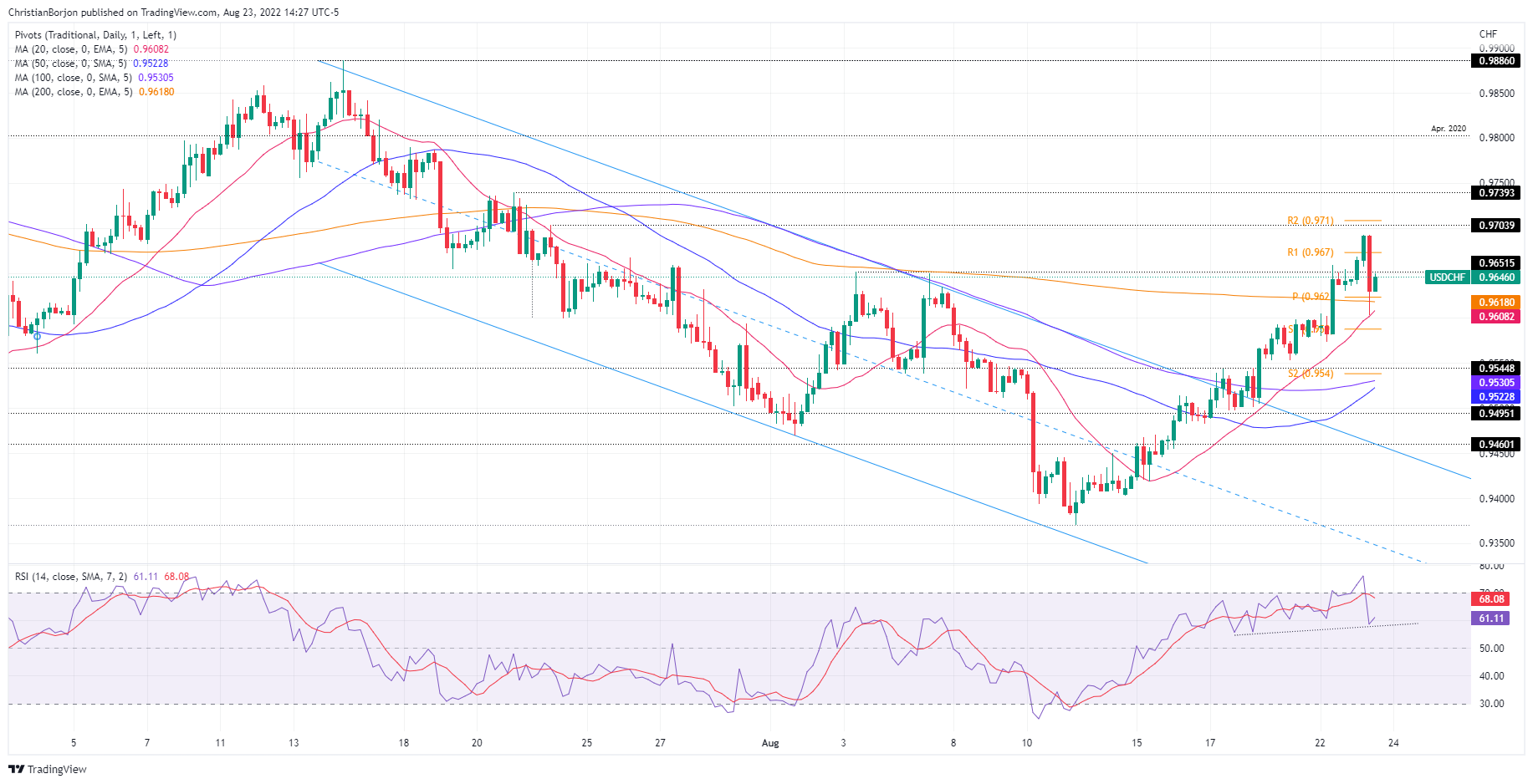