The USD/CHF finished the week with substantial gains on Friday, up by 1.20%  in the day, due to Federal Reserve officials crossing newswires, reiterating that the Fed would not pivot in the near term and will keep rates elevated to temper inflation. At the time of writing, the USD/CHF is trading at 0.9870.

The USD/CHF weekly chart shows the majors closing just below the July 11 week high of 0.9886, keeping the neutral-to-upward bias unchanged. Traders should be aware that, albeit closing below the aforementioned July 11 high, the USD/CHF extended the successive series of higher highs/lows, opening the door for further gains. If the USD/CHF clears 0.9886, the 0.9900 figure is the next supply zone, followed by the parity.

When reviewing the USD/CHF daily chart, the bias is also upward biased, and price action escalating above the “neckline” of an inverted head-and-shoulders chart pattern could pave the way for further gains. Oscillators are in positive territory, with the RSi at 60.79 about to cross above its 7-day RSI SMA, which would mean that buyers are gathering momentum, opening the door for further gains. 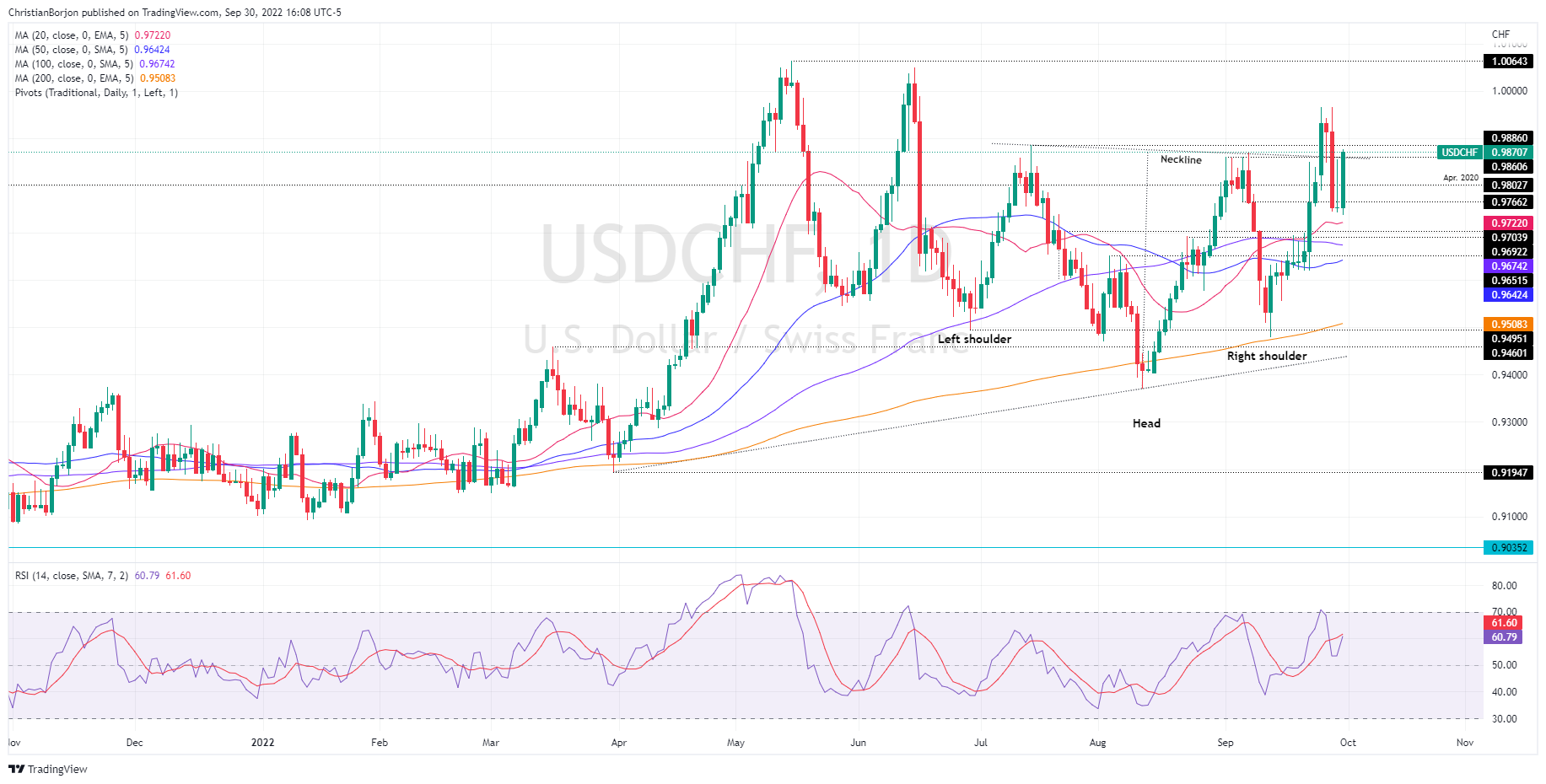