The USD/CHF snaps four days of losses and jumped off the day’s lows, around 0.9260, amid a mixed market mood and expectations of 50-bps increases by the US central bank on its May monetary policy meeting. At the time of writing, the USD/CHF is trading at 0.9304.

A risk-off market mood keeps US equity indices pressured while European bourses fluctuate. The greenback erases earlier losses, up 0.04%, sitting at 98.819, while US Treasury yields skyrocket, with the 10-year up 14 basis points at 2.489%, but short of daily highs around 2.503%.

The market mood dampened on reports that a Saudi Aramco oil facility located in Jeddah, Saudi Arabia, was hit by a missile launched by Yemen’s rebel Houthi militia on Friday, reports on social media suggested.

Overnight, the USD/CHF dropped from 0.9300ish towards 0.9260, the top of an eleven-month-old downslope trendline, previous resistance-turned-support, and jumped off as the North American session evolves, amid a softer demand for the greenback.

The USD/CHF daily chart depicts the pair as upward biased, despite breaking below the 0.9373 mark, though it would be resistance ahead of the YTD high around 0.9460.

However, the 1-hour chart depicts the USD/CHF as bearish biased in the near term. The USD/CHF  is probing a downslope trendline drawn from March 16 highs, unsuccessfully tested two previous times. If the trendline holds, the USD/CHF first support level would be 0.9300. Breach of the latter would expose Friday’s daily low at 0.9260, followed by March 9 low at 0.9250. 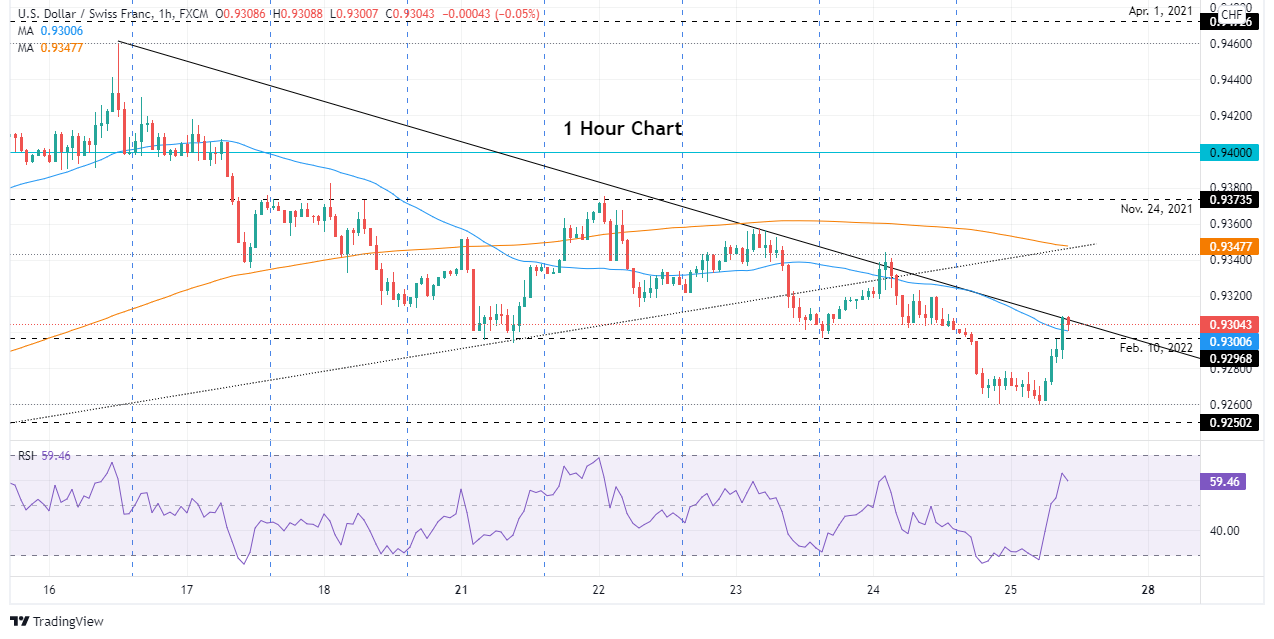 GBP/USD: Resistance at 1.2639/51 to cap on a closing basis ahead of further weakness – Credit Suisse