On Tuesday, the USD/CHF rallied for the third consecutive day and reached a 21-month high at 0.9626. However, as the Asian Pacific session begins, the USD/CHF print modest losses of 0.06%, down from YTD highs, and is trading in the high 0.9610s at the time of writing.

The market mood soared on the back of increasing Covid-19 cases in China. Its last outbreak, which began in Shanghai, triggered lockdowns and isolations. However, contagion expanded to some districts of Beijing and also Mongolia. That keeps investors worried because the Chinese authorities’ zero-covid policy, alongside increasing infections, creates the perfect storm to disrupt the supply side and trigger a raft of inflation.

Elsewhere, the Ukraine-Russia conflict keeps grabbing some headlines. The Polish company PGNIG said that Russia would stop gas deliveries starting April 27th, and they need to be paid in Russian roubles. Later, the retaliation reached Bulgaria, as Gazprom halted gas deliveries, as reported by Reuters.

The USD/CHF remains upward biased and is just shy of June’s 5 2020 swing high around 0.9650. Nevertheless, the USD/CHF’s steeper upside move triggered a sharp move in the Relative Strength Index (RSI) to 75.85, well within overbought conditions, signaling that the USD/CHF might be headed for consolidation before resuming the uptrend. 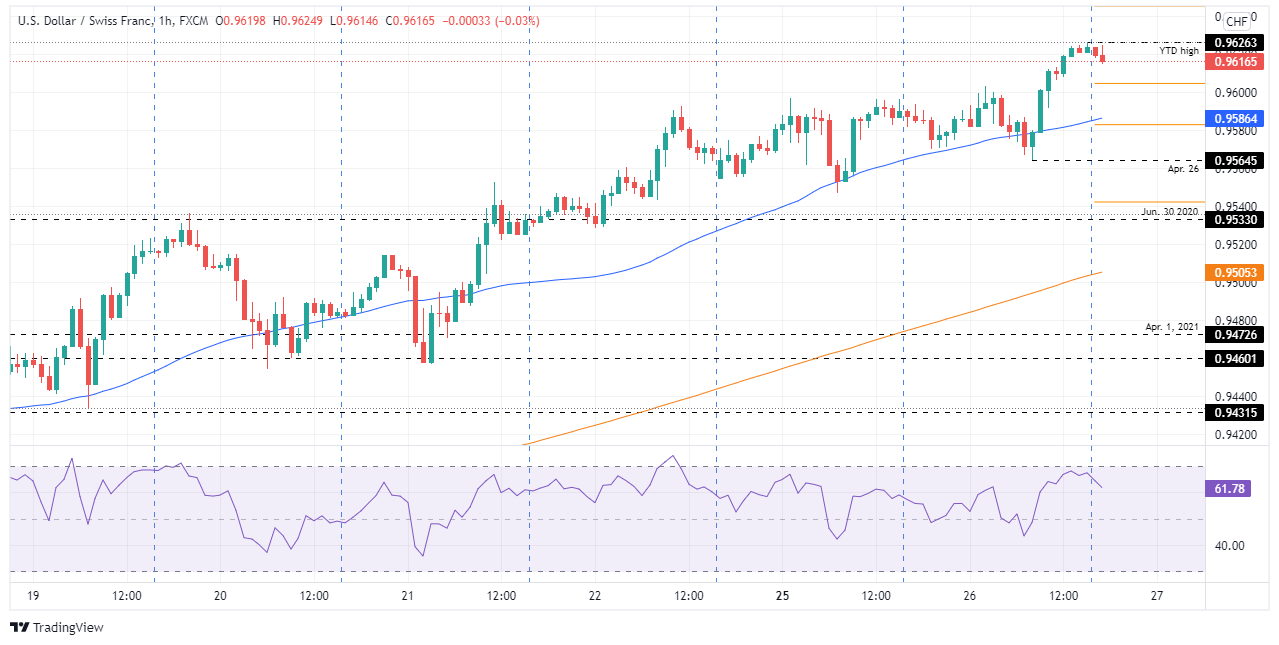