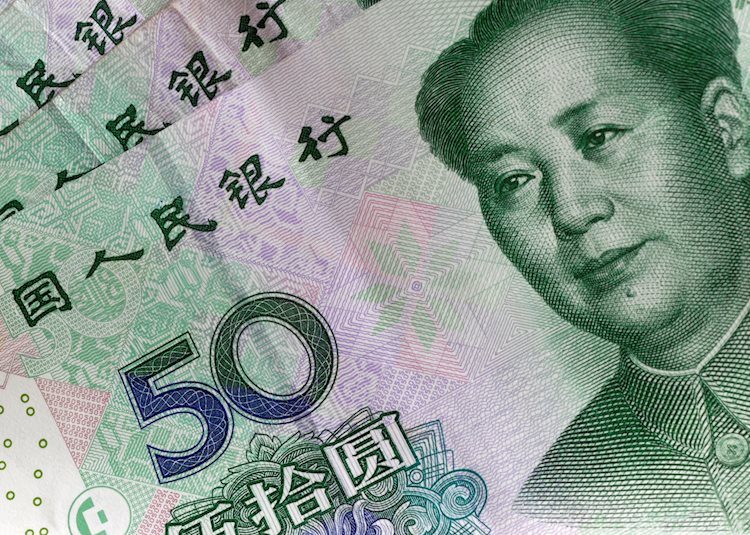 USD/CNH extends pullback from a three-month high to 6.8020 while consolidating the biggest daily jump since March 2020 during Tuesday’s Asian session. In doing so, the offshore Chinese yuan (CNH) pair fails to justify the recent risk-off mood. The reason could be linked to the market’s reassessment of fears that the world’s second-largest economy is on the way to recession despite the policymakers’ hard efforts.

The latest weakness could also be attributed to the second-tier data from China as Xinhua News Agency quotes the National Bureau of Statistics (NBS) while mentioning, “Of the 50 major goods monitored by the government, which include seamless steel tubes, gasoline, coal, fertilizer and some agricultural products mainly used for processing, 27 saw their prices increase, while 20 posted lower prices.”

Xinhua News Agency quoted China President Xi saying that they will “use new development ideas in economic growth”. The comments rolled out after downbeat prints of Retail Sales, Industrial Production and Loan Growth for July.

It should be noted, though, that the fears about the US-China tussles grow and challenges the USD/CNH sellers as Xinhua reported that China imposes sanctions on a number of Taiwan separatists.

Previously, the visit of multiple US lawmakers to Taiwan irritated Beijing, which in turn led to fierce military drills near the Taiwan border and an escalation of the geopolitical risks.

On the same line were the latest comments from China’s State Planner suggesting, “Macro policies should be strong, reasonable and moderate in expanding demand actively,” per Reuters.

On Monday, US NY Empire State Manufacturing Index for August dropped to 31.3 in August from 11.1 in July and 8.5 in market forecasts. Further, the US August NAHB homebuilder confidence index also fell to 49 versus 55, its lowest level since the initial months of 2020. Although the recent US data joins the previous week’s softer inflation figures, the Fed policymakers remain hawkish, which in turn keeps the USD/CNH buyers hopeful.

Amid these plays, the US 10-year Treasury yields snap a two-day downtrend around 2.79% while the S&P 500 Futures decline 0.10% intraday at the latest.

USD/CNH holds onto the previous day’s upside break of an ascending resistance line from late May, now support around 6.7980, despite the latest pullback. The bullish bias targeting the yearly high near 6.8385 also takes clues from MACD and RSI.