The USD/JPY clings to gains after hitting a daily high of 131.57 following the release of the Bank of Japan’s (BoJ) monetary policy decision, which sparked a 400 pip rally. However, throughout the North American session, the Japanese Yen (JPY) stages a comeback against its counterpart, the US Dollar (USD), and so far is down 0.24%. At the time of writing, the USD/JPY is trading at 128.56.

The USD/JPY daily chart portrays the major tested the confluence of the 20-day Exponential Moving Average (EMA) and the day’s high at 131.37 and failed to sustain the uptrend. Furthermore, on its way down, the USD/JPY retraced below a four-month downslope resistance trendline that passed around 130.30 ad extended its downtrend beneath 129.00 toward the current spot price.

However, oscillators like the Relative Strength Index (RSI although at bearish territory, its slope aims up, which could mean a reversal could happen. But the Rate of Change (Roc) suggests buyers are losing momentum as it retraces to the zero level. 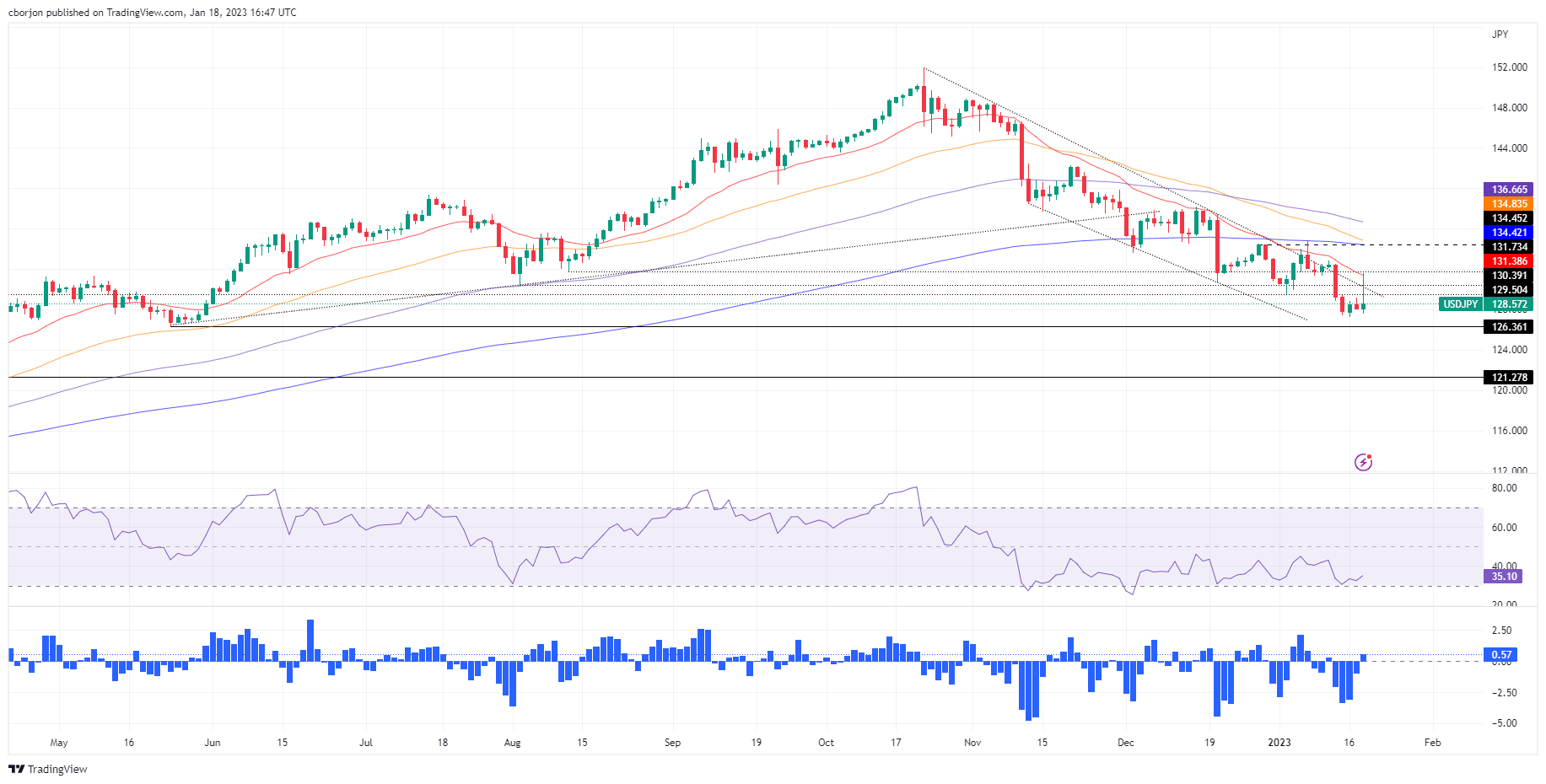