The USD/JPY consolidates in the 144.00-145.00 area following last week’s Bank of Japan (BoJ) intervention, which had kept the major directionless, as traders remain on the sidelines. Despite the solid correlation with the US 10-year T-bond yield, piercing the 4% threshold during the week, the USD/JPY did not attempt to clear the 145.00 figure. At the time of writing, the USD/JPY is trading at 144.70, above its opening price.

Given the backdrop that, fundamentally speaking, the interest rates differential between both economies, the central bank divergency with the Bank of Japan’s dovish stance is a tailwind for the USD/JPY.

From a technical analysis perspective, the USD/JPY is range-bound, though it remains upward biased, based on where the daily moving averages (DMAs) are located. During the week, the USD/JPY trading range has been the 143.50-144.90 area, so any breaks below would likely send the major towards the 140.00 figure. Conversely, a re-test of the 145.00 is possible, but with the BoJ vigilance around it, traders are not challenging the central bank. 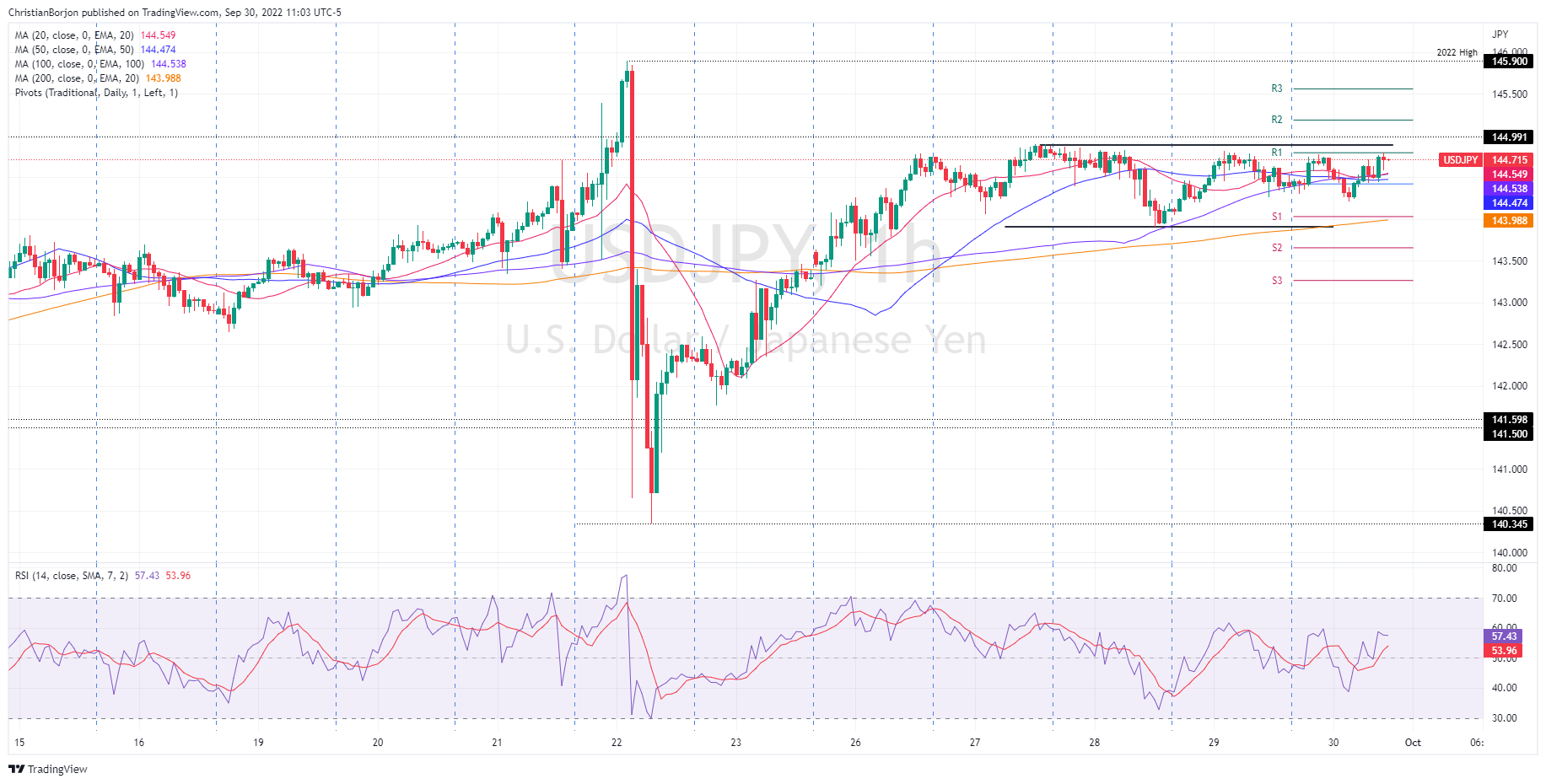