The USD/JPY dropped after testing the YTD highs at around 145.32 during Monday’s overnight session, though retreated as US T-bond yields, namely the 10-year, collapsed more than 20 bps as sentiment improved. Therefore, the USD/JPY is trading at 144.57, below its opening price by 0.13%.

Given the vocal expression of the Japanese Finance Minister Suzuki saying that Japan is ready to take “decisive” steps in the Forex market aimed to stabilize the yen, put a lid on the major’s rally throughout the Asian-European sessions.

Therefore, the USD/JPY daily chart stills show the major advancing steadily, though with less conviction than previously witnessed, when price action rallied towards July’s high at 139.39 and when the pair’s edged up from around 130.00 to 144.99. Oscillators stabilized after the Bank of Japan’s intervention, with the Relative Strength Index (RSI) almost flat around 62.45 in positive territory, suggesting that the exchange rate might consolidate around current price levels

The USD/JPY one-hour scale dictates that the major Is neutral-to-downward biased in the near term. During the day, the USD/JPY tumbled below the 20, 50, and 100-EMAs, opening the door for further losses. Even Monday’s low was shy of clearing the 200-EMA at 144.12, which could have shifted the bias downwards. 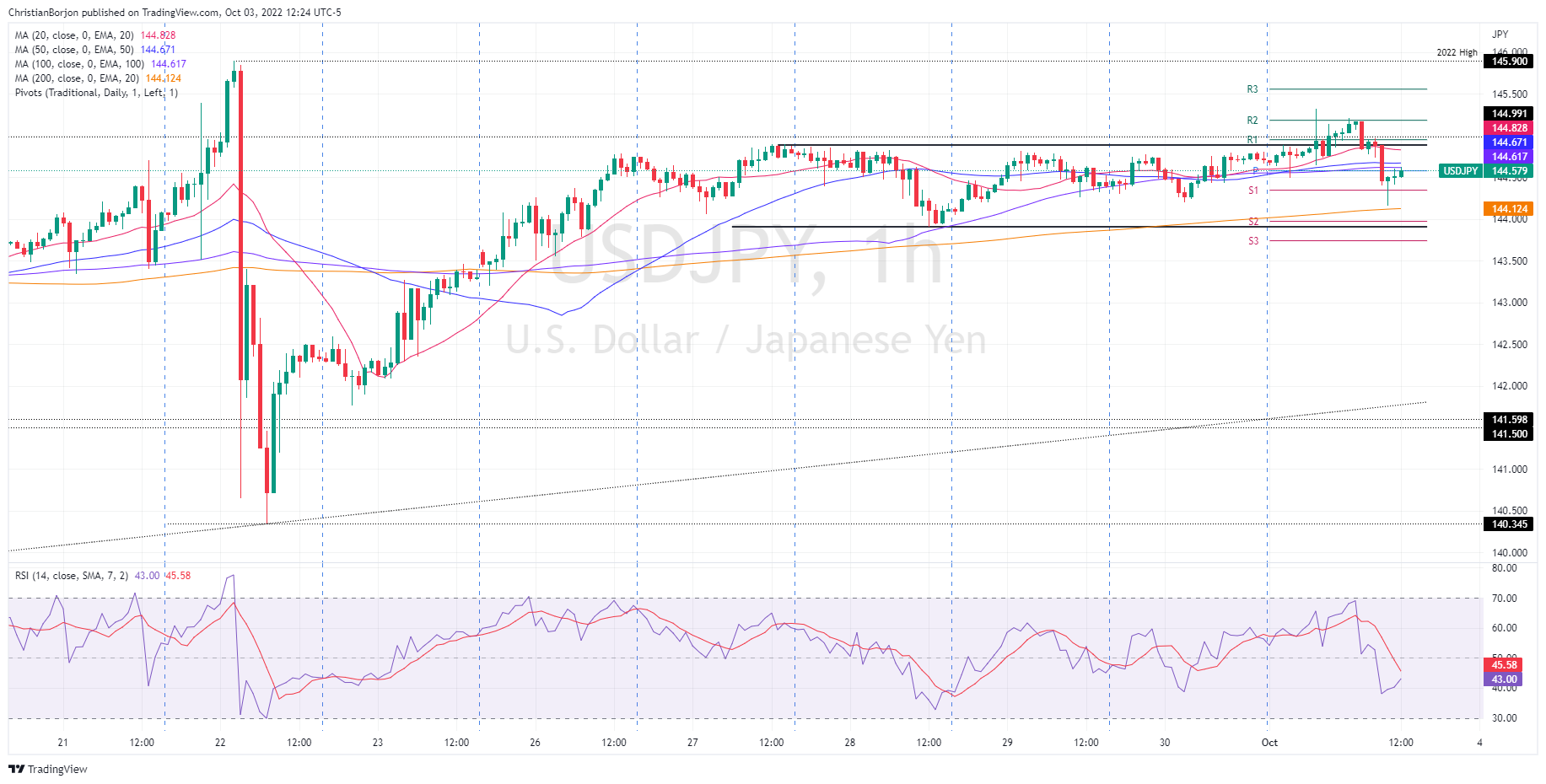