The Mexican peso extends its weekly rally gains 2.39% vs. the US Dollar, despite a mixed market mood, on Friday’s New York session. At the time of writing, the USD/MXN is trading at 20.4218.

European and US equity markets fluctuate between gainers and losers. At the same time, the greenback remains bid, with the US Dollar Index, a gauge of the greenback’s value against a basket of peers, is up 0.34%, sitting at 98.31, faltering of weighing on the USD/MXN pair.

Overnight, the USD/MXN pair was subdued in the 20.50 area, without much movement, though as the North American session began, the pair drooped through European session lows around 20.4646, towards lows 20.40s area.

The USD/MXN is neutral biased and is probing the 200-day moving average (DMA), sitting at 20.4125. The Relative Strength Index (RSI) is at 41.50, beneath the 50-midline, aiming lower, suggesting the USD/MXN might be moving towards the February 23 YTD low at 20.1558, but it would find some hurdles on the way south.

If that scenario plays out, the USD/MXN’s first support would be the 200-DMA. Breach of the latter would expose 20.3117, which once cleared would pave the way towards February 23 daily low at 20.1558. 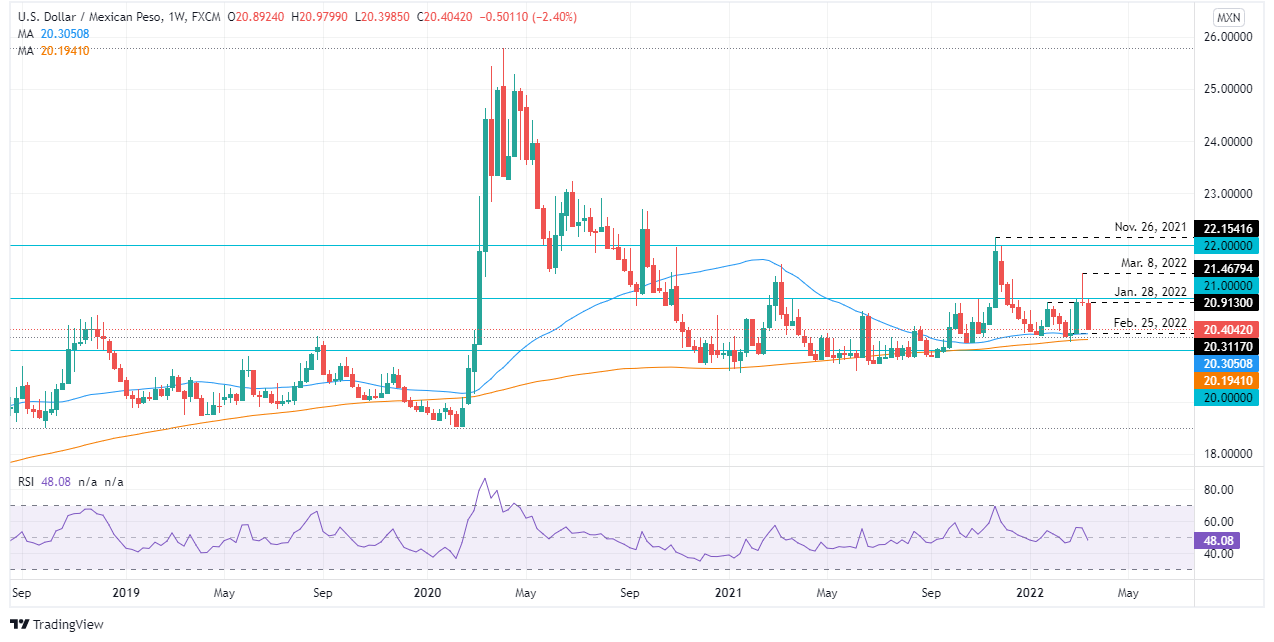