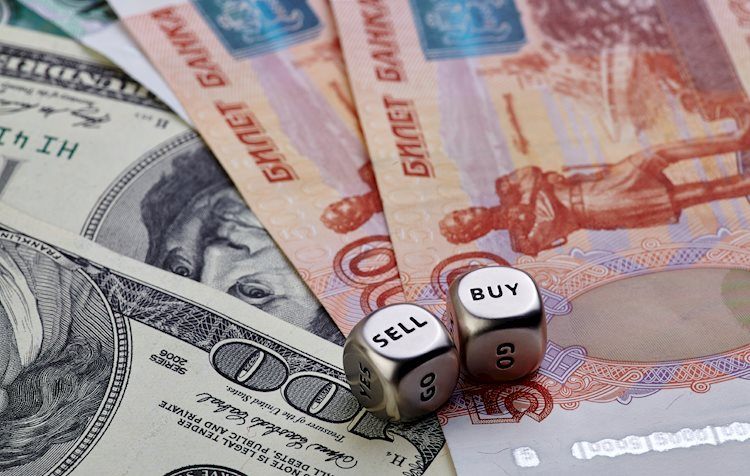 USD/RUB has fallen sharply this Wednesday, reversing the entirety of a 0.8% rally on Tuesday that saw it at one point hit 73.50, its highest levels since mid-September. At present, the pair is trading just to the south of 72.50, though for now is being prevented from pressing any lower by resistance just above 72.00 in the form of the early November highs.

Following a prolonged decline during the summer months/early autumn that saw USD/RUB fall from highs above 75.00 to lows October lows just above 69.00, USD/RUB has been on the front foot in recent weeks. Part of that has to do with a broad strengthening of the US dollar amid a run of strong US inflation and economic data releases that has encouraged USD STIR markets to up their hawkish bets.

But part of the recent rally also has to do with a renewed build-up of risk premia in the RUB as geopolitical tensions mount. The US last week warned the EU that it was worried that Russia might be gearing up for a military intervention into Ukraine. That sent USD/RUB from around 71.50 to above 73.00. There are also concerns about the migrant crisis on the Belarusian/EU border (which Russia is seen as enabling given the country is Belarus’s key ally) and any fallout following a recent Russian anti-satellite missile test which was widely condemned.

Following news earlier in the week that German regulatory agencies had suspended the approval process for the Nord Stream 2 pipeline, European gas prices have spiked. According to German government sources, the suspension could delay the opening of the pipeline until March, after the winter peak of European gas demand. Surging gas prices are likely lending a hand to the energy export-dependent Russian rouble.

Energy prices aside, it seems that most analysts remain bullish on the rouble’s long-term prospects. Matthew Ryan, senior market analyst at Ebury, told Reuters on Wednesday that he was bullish on the rouble because of Russia’s solid macro fundamentals and a rising differential between the Central Bank of Russia (CBR) and most other central banks. The CBR, which has hiked rates from record lows of 4.25% to 7.5% already this year to reign in inflation, may hike rates further, and said on Wednesday that a wide range of options would be available to its at its next meeting.