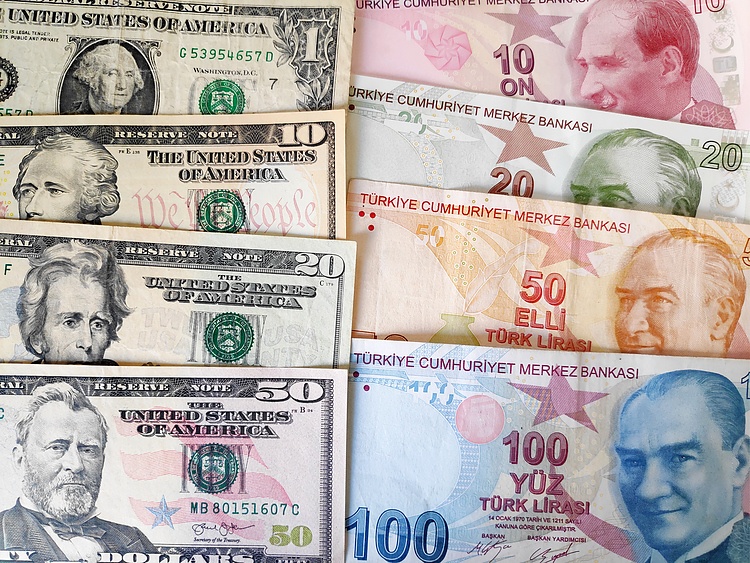 USD/TRY picks up bids to refresh intraday high around $13.45 during Wednesday’s Asian session.

In doing so, the Turkish lira (TRY) pair holds onto the previous day’s bounce off the lower point in three weeks.

The USD/TRY bounce on Tuesday could be linked to the downbeat prints of Turkish Markit Manufacturing PMI for January, to 50.5 versus 52.1 a month earlier. “The new year began very much as the old one ended, with Turkish manufacturers continuing to face the challenges of operating in an inflationary environment,” said Andrew Harker, economics director at IHS Markit,” per Reuters following the data.

It’s worth noting that the USD/TRY bulls were previously challenged by the nation’s Official Gazette highlighting the Central Bank of Turkey’s (CBRT) readiness to offer maximum benefits to lira deposits. “Turkish central bank will determine the maximum interest rate on foreign currency and gold deposit accounts converted to lira in a scheme that protects local currency savings against exchange rate volatility,” said the official statement per Reuters.

On the other hand, The US ISM Services PMI for January rose to 57.6 versus 57.5 expected, marking the 20th straight expansion of the manufacturing activity. Even so, Fed policymakers sounded mixed on Tuesday. Atlanta Fed President Raphael Bostic said on Tuesday that there is a “real danger” of inflation expectations drifting from the Fed’s 2.0% target to 4% or higher. On the other hand, St Louis Fed President James Bullard said that he thinks it is an open question whether the Fed will have to become more restrictive (i.e. raise rates above the “neutral” 2.0%-2.5% zone).

Amid these plays, the US Dollar Index (DXY) dropped for the second consecutive day even as the US Treasury yields recovered. That said, Wall Street printed mild gains and seems to help the S&P 500 Futures to remain firm around 4,555 at the latest.

Moving on, USD/TRY traders may pay attention to the risk catalysts amid a light calendar heading into the US ADP Employment Change for January, expected 207K versus 807K prior. The reading is well-known as a precursor to Friday’s US Nonfarm Payrolls (NFP) and hence could recall the pair buyers on positive surprise.

Although multiple lows marked around $13.25 limit short-term USD/TRY downside, buyers will remain cautious until witnessing a clear break of the 21-DMA level of $13.55.