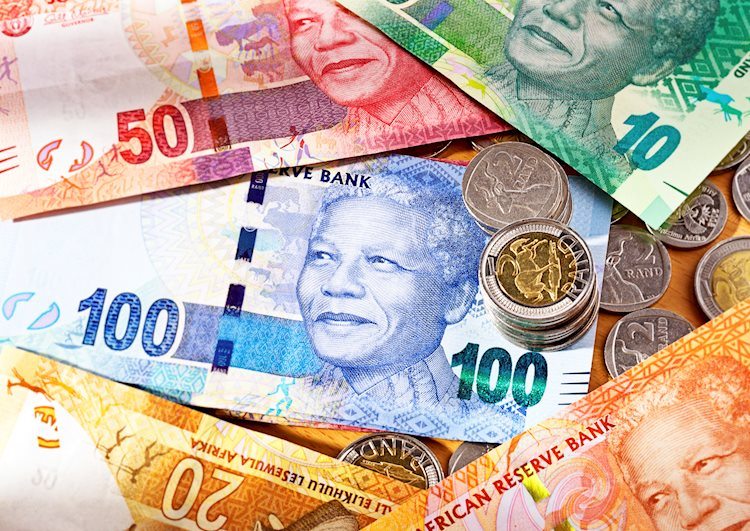 The USD/ZAR is headed toward a modest appreciation over the next quarters according to analysts at CIBC. They forecast USD/ZAR at 15.45 during the fourth quarter and at 15.75 by the first quarter of next year.

“After a brief flirtation below the 13.50 threshold into the end of H1, the ZAR has been the second worst performing global currency thus far in H2, as only the BRL has witnessed a greater degree of depreciation. That has developed as international investors have largely abandoned domestic bonds. The three-month moving average of foreign bond purchases has dipped to all-time lows, beyond 2020 extremes.”

“Rising domestic inflationary influences point towards real yields continuing to compress. Having peaked above 6% in Q1, they are set to dip below 4%, as CPI looks set to advance from September’s 5.0% amidst ongoing food and energy price gains.”

“Having moved beyond the mid-point of the 3-6% SARB target range in August, prices risk threatening the top of the price corridor into year-end. The recent ZAR depreciation will exacerbate the jump in the global oil price, as WTI has gained almost 30% in local currency terms across the period. While inflation expectations have yet to become materially de-anchored, signs of an uptick in wage deals, as the metalworkers union agreed to a 5-6% hike, point towards the need for central bank action to restrain inflationary pressures.”

“While a rate hike at the November meeting is likely to be a close call, the prospect of at least 75bps of tightening in the next 12 months risks materially compromising the growth trajectory, adding to near-term ZAR headwinds. Hence we expect a re-test of 2021 highs in the next six months.”