Vinco Ventures (BBIG) shares have taken investors on a profitable ride so far in 2022 but that may face the first major hurdle of the year now as things turn ugly on Tuesday. BBIG stock put in three huge green days last week with Wednesday and Thursday seeing gains of 23% in succession and then Friday finishing off with BBIG closing at $4.07 for a 15% gain. So far the stock is indicating higher again in Tuesday’s premarket but this will be a big test. The Nasdaq futures are down sharply as yields rise so BBIG shares face a major hurdle to maintain recent momentum.

The main reason behind the move last week was increasing fervour and speculation over Vinco’s (BBIG) Cryptide spin-off. Traders began circulating various theories, rumours news flow etc on social media with LinkedIn profiles of Cryptide hires and screenshots of information from news vendors being used to further the argument that the spin-off is imminent. Vinco (BBIG) is basically a holding company for investments in tech businesses. The company through its partnership with ZASH Global Media has a holding in social media app Lomotif and also has delved into the NFT space. Now with the cryptide spin-off BBIG is getting involved in the crypto and blockchain spaces. Cryptide will trade under the ticker TYDE and there will be a special dividend when the deal goes through. That is what has BBIG holders so excited. The last SEC filing though was back in November and that is the last official news on the subject. So far the rest is speculation.

The recent spike in BBIG stock broke above the 200-day moving average and also broke the old high at $3.61. This technically ended the long-term downtrend in place since September. We now enter a high volume zone from back in late 2021 so this increases resistance. holding above $3.61 now becomes the key short-term support and pivot. 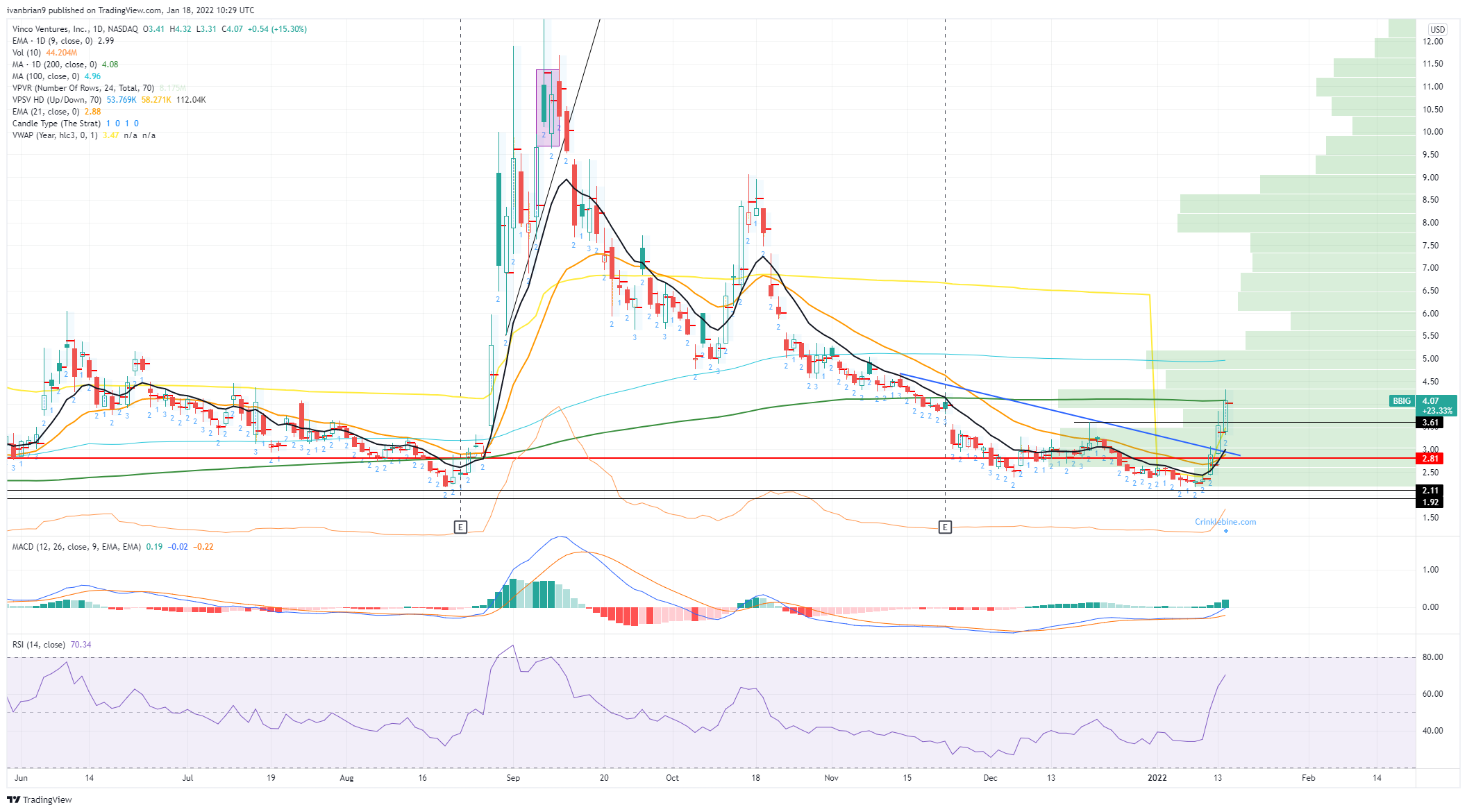