Here is what you need to know on Thursday, January 20:

Equity markets were attempting some form of dead cat bounce this morning as Europe opened in the green, but even that weak attempt has been swept aside by bears now. It has been a while since bears were allowed out, so it would be mean to beat them back just yet. They are certainly in charge of the NASDAQ as it enters a corrective phase now, defined by a drop of 10% from the high.

The S&P 500, meanwhile, has dipped below its 100-day moving average and has the 200-day in sight at 4,425 now, only 100 points away. We do expect some respite today with yields falling back, and the German 10-year is back in negative territory. Earnings from Netflix after the close will usher in the tech sector earnings next week, and these may offer more comfort than the recent mixed bank earnings.

However, things are heating up geopolitically with President Biden, who said he expects Russia to invade Ukraine. Certainly, Russian troops massing on the Ukraine border is indicative of that. An invasion is likely to be met with strong sanctions by the US and EU, but these will not deter Russia. The US has little taste for action after the Afghanistan exit, so Russia may seize the opportunity to lay down a marker. All this will not sit well with equity investors who we feel have not yet given this scenario the proper probability. It could see the dollar gain, particularly versus the euro.

UK interest rate hike is a near certainty in two weeks.

Unilever (UL) says it will not raise its £50 billion offer for GSK healthcare business.

Alibaba (BABA) up 6% premarket as Mizuho says it should recover after China cuts interest rates.

Luckin Coffee (LKNCY): FT says it may be relisted on NASDAQ. 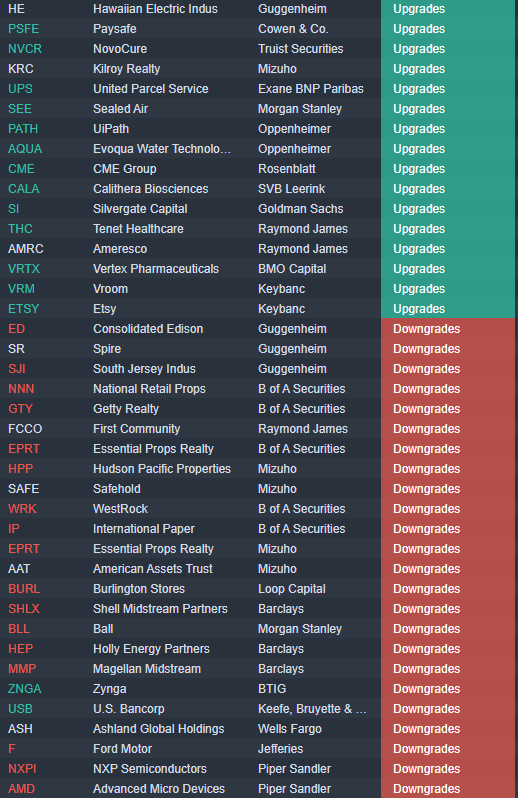