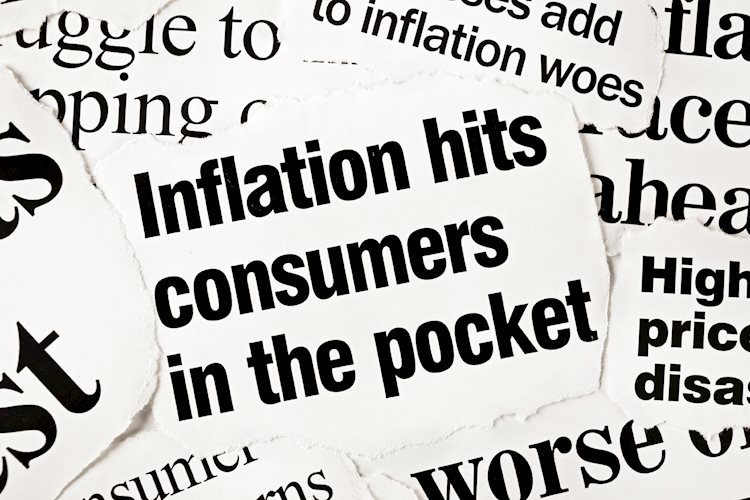 Thursday’s US economic docket highlights the release of the critical US consumer inflation figures for October, scheduled later during the early North American session at 13:30 GMT. On a monthly basis, the headline CPI is anticipated to rise by 0.6% during the reported month as compared to the 0.4% increase recorded in September. The yearly rate, however, is expected to ease to 8.0% in October from the 8.2% previous. Meanwhile, core inflation, which excludes food and energy prices, is projected to come in at 0.5% for October and tick lower to 6.5% on yearly basis from 6.6% in September.

According to Analysts at ING: “The focus is on the MoM core (ex-food and energy) number. Over the past six months, we have had one 0.7%, four 0.6% and one 0.3% print. We need to see numbers closer to 0.2% to bring the annual rate down toward the 2% target over time. The consensus right now is for 0.5% next week, which is also our prediction. There is a second bite of the cherry ahead of the December FOMC meeting on 14 December given November CPI is published on 13 December. Nonetheless, if we get a downside surprise we could see markets looking to price in a greater chance of a 50 bps December hike and possibly a slightly lower terminal rate.”

How Could it Affect EURUSD?

Ahead of the key release, the US Dollar is seen building on the previous day’s goodish rebound from a multi-week low and dragging the EURUSD pair lower for the second successive day on Thursday. A stronger US CPI print will revive bets for a faster rate-hiking cycle by the Fed and boost the USD. That said, the immediate market reaction is likely to remain limited amid talks of a more aggressive policy tightening by the European Central Bank, which might continue to act as a tailwind for the shared currency.

Conversely, a softer-than-expected reading could prompt fresh selling around the buck and assist the EURUSD pair to regain positive traction. This, in turn, suggests that the ongoing corrective pullback from the vicinity of the 1.0100 mark, or a nearly two-month high, could still be seen as a buying opportunity and is more likely to remain limited.

Eren Sengezer offers a brief technical outlook and outlines important technical levels to trade the major: “EURUSD was last seen trading slightly below 1.0000, where the Fibonacci 23.6% retracement of the latest uptrend is located. In case the pair confirms that level as resistance, it could decline toward 0.9950 (Fibonacci 38.2% retracement) and 0.9920 (100-period Simple Moving Average on the four-hour chart, Fibonacci 50% retracement).”

“On the upside, EURUSD is likely to face interim resistance at 1.0020 before targeting 1.0080 (the end-point of the latest uptrend) and 1.0100 (psychological level, static level),” Eren adds further.

•   US October CPI Preview: US Dollar to weaken on a CPI-inspired risk rally

•   EURUSD Forecast: It’s all about US CPI

About the US CPI

The Consumer Price Index released by the US Bureau of Labor Statistics is a measure of price movements by the comparison between the retail prices of a representative shopping basket of goods and services. The purchasing power of the USD is dragged down by inflation. The CPI is a key indicator to measure inflation and changes in purchasing trends. Generally speaking, a high reading is seen as positive (or bullish) for the USD, while a low reading is seen as negative (or Bearish).