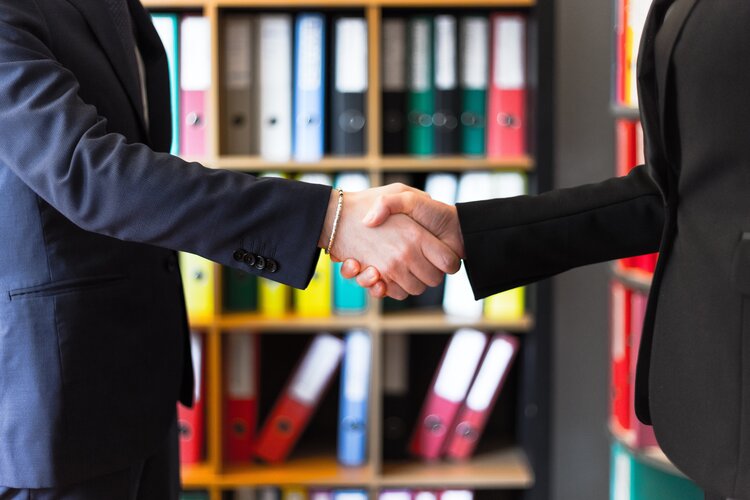 News of Alphabet (NASDAQ: GOOGL) and Amazon’s (NASDAQ: AMZN) upcoming stock splits has caused excitement for retail investors, shifting the focus from soaring inflation and fuel prices, while some traders are already speculating the next mega-cap stock to split as exceptionally high-value companies seek to make their shares more affordable for mom-and-pop investors.

Why are Alphabet and Amazon splitting stocks?

Google and YouTube’s parent Alphabet and e-commerce behemoth Amazon have become two of the world’s most valuable companies and also among the priciest stocks.

On Feb. 1, Alphabet said it is performing a 20-for-1 stock split, giving 19 additional shares to shareholders on the record date of July 1, with the split expected to take effect on July 15. The move comes about eight years after Alphabet last split its stock.

Amazon followed suit on, announcing on March 9 that its board has approved a 20-for-1 stock split, its first since the dot-com boom in 1999 and its fourth since it went public in 1997. Assuming that the plan gets shareholder approval on May 25, the tech giant will issue 19 additional shares for every one share on May 27, with trading on the new stocks scheduled on June 6.

Who will be the next large-cap to announce a split?

With two of the Silicon Valley giants eyeing a split in the coming months, the focus is now on the next company to enact a split. Markets are closely watching Tesla (NASDAQ: TSLA) after the electric carmaker’s share price reached the $1,000 mark nearly five months ago. Tesla carried out a 5-for-1 stock split in August 2020 when its share price surged past $1,000.

Tesla’s split came around the same time that Apple (NASDAQ: AAPL) also launched a 4-for-1 stock split. An Apple stock split this year, however, may appear unlikely as the company’s stock is only trading at around $150, well below its $502 share price when it carried out its split in 2020.

Chipotle Mexican Grill (NYSE: CMG), currently trading above the $1,000 mark, is another potential stock that could split as the company has yet to carry out a split since its IPO in 2006. As of Tuesday, Chipotle’s shares have more than tripled over the last five years to $1,494.

AutoZone (NYSE: AZO), which hit the $2,000 mark in December, could likewise pursue a split as the last time it did was in April 1994. Even with the absence of a split for nearly three decades, the automotive parts company has carried out a number of share buybacks.

Booking Holdings (NASDAQ: BKNG), trading near $3,000, could also carry out a split. The company’s high share price could be partly attributed to a reverse stock split it enforced in 2003 when the travel services provider, formerly known as Priceline, issued one share for every six shares held by investors.

Broadcom (NASDAQ: AVGO), Shopify (NYSE: SHOP) are two other candidates for a stock split, with their share prices settling at above $500 recently.