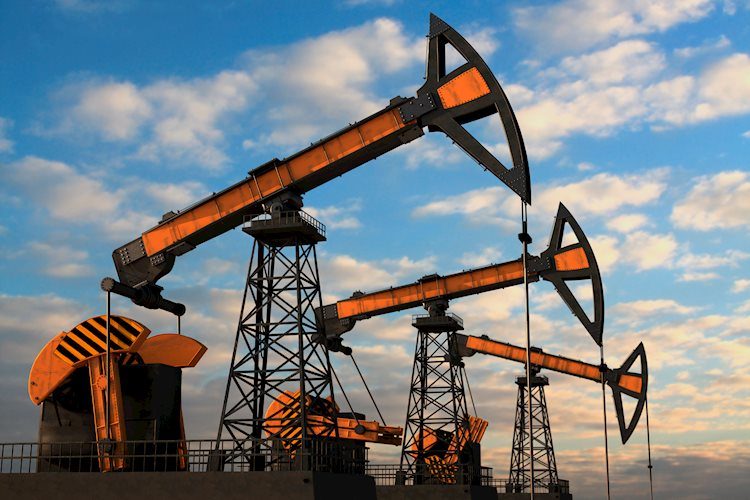 After significant volatility in recent days, US oil prices are enjoying calmer trade on the final day of the week, having shrugged off the strong US labour market report released earlier in the session as traders await the US government’s response to OPEC+, who ignored their calls to increase output by more than 400K barrels per day in December. The American benchmark for sweet light crude oil, called West Texas Intermediary or WTI, which had been trading between relatively tight $79.00-$80.00 range for most of the session, recently broke to the north of the $80.00 per barrel level again.

To recap the recent volatility; prices slumped from around $83.00 to $80.00 on Wednesday as a result of bearish inventory data and concerns about a Covid-19 outbreak in China and, in doing so, broke below a long-term uptrend. Early in Thursday’s session, prices staged a remarkable comeback, rallying all the way back to the mid-$83.00s, before sharply reversing despite news of the (as expected) OPEC+ agreement and slumping all the way as low as $78.50. Traders cited profit-taking now that OPEC+ was out of the way, concerns that the US might release crude oil reserves in response to OPEC+ and technical selling, with prices having retested the old long-term uptrend, thus offering an opportunity for sellers to add to their positions.

Why the US wants lower oil prices

US President Biden’s approval rating has been in decline since May, falling from the 53-55% area to its current level at 43%. Over the same time period, his disapproval rating has risen to slightly above 50% from previously close to 40%. Understandably, this is worrying the Democrats ahead of the November 2022 mid-term elections, where all of the 435 seats in the House of Representatives will be up for grabs and 34 of the 100 Senate seats. There are already warning signs that Biden’s recent slump in approval ratings is weighing on the Democrat’s election chances; earlier in the week Virginia and New Jersey held Governor elections. Biden had won both states at last year’s presidential election by double-digit margins, but a previously unknown Republican candidate managed to secure an easy win in Virginia, while the Democrat candidate only won in New Jersey by a razor-thin margin.

The sharp spike in inflation in recent months that has outpaced wage growth and is thus lowering living standards for many middle- and working-class Americans is a key reason why Biden’s approval rating has dropped so much in recent months. Rising food and energy prices are of particular concern to the public; average US gas prices were at $3.42 per gallon on Thursday, up from $3.20 one month ago and around $2.12 one year ago. The Biden administration is keen to avoid the negative optics of gas prices reaching $4.0 per gallon. Hence the intense public pressure on OPEC+ to increase output at a faster rate in recent weeks (this comes with the added bonus of being able to shift the blame to OPEC+ for high prices). Now that OPEC+ has disregarded the US’ pleas and gone ahead with its pre-planned output hike of just 400K barrels per day in December, the Biden Administration will want to be seen to be doing something about it. That explains why US officials have been talking about why the US might tap its strategic petroleum reserve (SPR), even though the SPR is only supposed to be used in an economic emergency (which oil prices around $80.00 per barrel hardly qualifies as). Other measures touted to bring down US prices (though raise prices elsewhere) would be to ban US producers from exporting oil.