As per the prior analysis, WTI Price Analysis: Bulls attempt to take on the daily trendline resistance, West Texas Intermediate WTI crude oil that climbed into resistance earlier this week on the back of restrictions on the flow between Canadian and the United States, the bears have moved in at critical resistance: 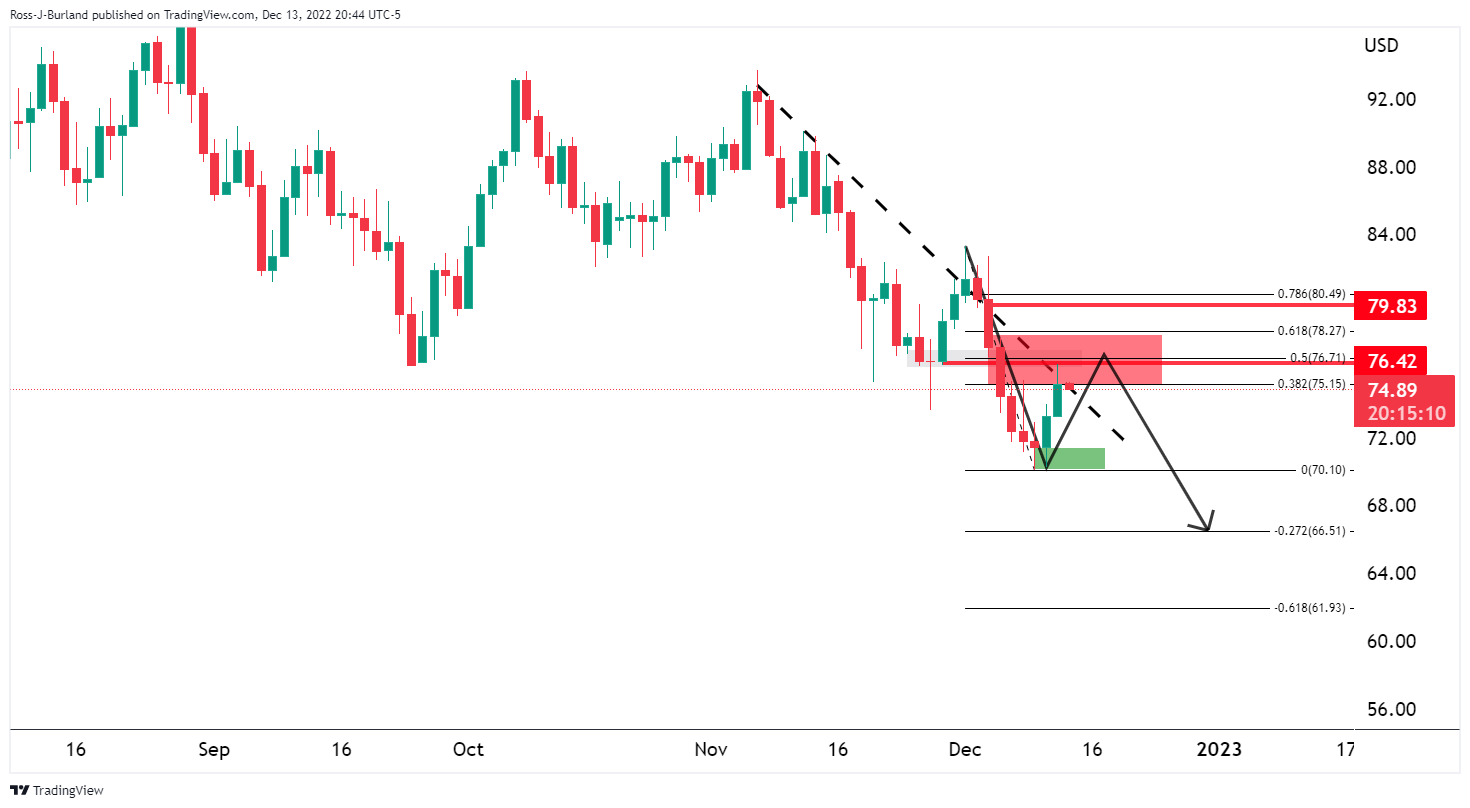 Bulls met key resistance and continue to struggle towards the closing sessions for the week. On the lower time frames, it was explained that a break of resistance opened the risk of a move into test $77.50 for the days ahead. The price has met $77.74 but has since been rejected as follows:

The price is in a bearish cycle, so the focus is on the downside but despite breaking the micro trendline, the structure at $75.70 is important and will need to be cleared to confirm the meanwhile downside bias. A break of $77.74, on the other hand, could be followed by bullish commitments and flip the switch in a short squeeze putting heart onto the shorts accumulated in December’s downtrend.